How To Win A Slot Tournament – Full Guide & Best Strategies To Win Big! 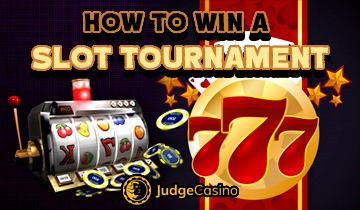 Slots are incredibly popular as they require no specialized skills, making them quite easy to play. Gamers love the best online slots (like Centre Court slots or Mega Moolah), and it is no surprise that their tournaments are increasingly becoming more and more common at the best online casino games to win money every day.

In this article, we will explain all the fundamental and critical aspects of slot tournaments; essentially equipping you with the best strategy on how to win in a slot tournament.

If you are wondering how to win a slot tournament, you are in the right place, read on, and you’ll become the best player in no time. But firstly, let’s go through exactly what they are and how they work.

Top 10 Online Casinos where you can play the best online slots:

What is a Slot Tournament - How Does It Work?

So, what is a slot tournament and how does it work? As complicated as the term, slot machine tournament may sound, it’s actually pretty simple. The slot tournament rules are similar to playing an online pokie, only that instead of winning the pay table amount, you gain a grand prize from a pool of money drawn in by other players. And to win you have to spin the reels and the outcome should be in your favour.

To join slot machine tournaments, you will be required to sign up in the selected casino, even at $5 minimum deposit slots sites. In most cases, there is an entry fee. Read through the terms in the fine print to identify if this is the only cost involved in joining the game.

The other most crucial slot tournament tips are to find out how the contest runs as the conditions vary from tournament to tournament. In most cases, if the match has a 50-person cap, each contributing $80, the total grand reward for the winner will be $4000. In some cases this is broken down in stages, read on to find out how.

Now that you understand the basics of these contests let us now explain to you, how to win online slot tournaments. When the match starts, each player spins the reels from their own devices using virtual credits given. For every spin, the number of credits used is removed from the total balance.

For every win, the player is awarded some points. Every game has its own rules and payout system which is listed in the pay table. The answer to, ‘how do you win a slot tournament’ is within the game’s basic rules.

Every tournament has a specific amount of time to play; for example it could run for thirty minutes. Once the time is over, the machine locks itself, and, the player with the highest number of credits wins. You will be able to see all the contestants and their scores once the session ends.

The best online slots tournaments may be short, or they may be lengthy. Each has its own slot machine tournament strategy which can be used. Short tournaments can be ideal for those who want to play briefly, while longer tournaments suit those with more cash to splash. It is up to you to figure out what suits you best.

Sometimes, the contests are broken down into different rounds each with a separate reward. So players in these types of tournaments are competing to outdo each other to rank higher.

For such games, the prizes are broken down into separate amounts with the final round having the largest reward. These contests can take a long period, before the final last competition for the grand prize is held.

Of course, there is no one answer to “what is a slot tournament and how does it work?” As you can see, there are several different types, each with its own rules and regulations. Nor is there one secret to winning slot tournaments. You won’t find just one answer in any bespoke “how to win slot machine tournaments” guide. Instead, you should base your strategy on whatever type of tournament you’re having a crack at. With that in mind, let’s see if we can uncover a slot machine tournament strategy for you…

Four Crucial Strategies on How To Win A Slot Machine Tournament

Is there a slot tournament strategy that guarantees you will win? The answer is no. However, there are a couple of things any player can do to improve the overall winning chances, and these form the basis of our slot tournament tips guide. Remember, there is no one answer if you’re wondering what’s the secret to winning in slot tournaments. It’s all about being smart, staying ahead of other players and making the right moves. Here’s how to do it:

Why You Should Manage Your Money Accordingly in a Slot Tournament

As a pokie player, you have no choice but to manage your bankroll efficiently. If you think, merely placing bets and waiting for luck to play its part is how to win a casino slot tournament; then you probably need to head on to your refrigerator, grab a cold drink and sit back because you really need to read this.

Without knowing your finances, how would you really establish if you have won? Most people don’t consider the bet amount after winning. You could have placed a $50 bet only to win back $10. Without proper management, you could be thinking you are earning only to realise at the end you have indeed lost a chunk of money.

The most important way to manage cash in slot tournaments is to know all the costs involved. Read the terms and conditions of every match, go through the winning requirements and amounts payable in each stage or rank. Once you understand all this, go back and check your wallet. Do you have the money required to join a tournament without straining your finances?

The golden rule for gambling online is to’ Only Bet with Money you can Afford to Lose’, period. There’s no guarantee that you will win and no guarantee you will lose, so take into account both scenarios and be a smart bettor.

How to Use The Slot Bonuses to Win

What’s the secret to winning slot tournaments? There is no one big secret, but several. Using bonuses to give you a helping hand is one of them.

Casinos have bonuses to attract players and outdo the competition. The bonuses give out free credits and free rounds and at other times extra money. There are several  types of casino bonuses from the best casino welcome bonus, match bonus, cashback bonus, no deposit bonus to the loyalty bonus.

Take advantage of the free boost given and increase your bet limits. To do this, you have to research on the type of bonus available, the specific bonus codes to get them and all requirements to be met in order to acquire it.

Last but not least, check out some of the offers on this page. One of the best ways of winning on slots is to use invite codes, or promo codes. These can help you build up a solid bankroll before you tackle the games themselves.

Armed with plenty of cash, you’re likely to go much further in an online slot tournament than without such an offer.

So which strategy gives the best way to win a slot tournament? While most people believe winning is purely based on luck, this is not entirely true. Concentration, speed and bankroll management, and having fun are the most essential strategies you need.

Improve on your playing speed by having your fingers on the spin button always. Also, ensure your internet connection is super fast to avoid unforeseen delays. Those few split seconds in between could be the game changer.

Have optimum concentration when the contest starts. To do this, start by removing any distractions around you. Peep through the paytable and rewards system pre-hand. And when the tournament starts, don’t hesitate or lose concentration even after winning.

In short, don’t lose focus as you play. Most players miss out on playing all their credits by not being fast enough and losing concentration. It’s human nature to want to check what other players score, but, this should only be done once the session is closed.

Don’t forget to enjoy the games. Slots have different themes, soundtracks, symbols which are intended to entertain in addition to creating a winning opportunity. Novomatic slots (including the Roller Coaster slot machine), for example cover broad themes from ancient Egypt to Irish luck or food.

The best slot tournament strategy is to be fast, to concentrate and to enjoy the game.

To understand how to play a slot tournament, you will need to know all the features of the games played. Listed below are the main tips every player should keep in mind throughout the contests.

There are three main types of slot tournaments listed below:

In order to join these type of contests, you will have to sign up online on the site or join the land-based casino mailing list. However, as attractive as they may be they have a significant downside. In many cases, the returns of such tournaments are pretty low. You can find hundreds or thousands of players trying to compete to win a few dollars.

The second way of joining with loyalty points will require the player to play the real cash rounds before accessing the exclusive freerolls. However, the good thing about such entries is that they have limited players and the prize pool is large.

These types of contests have massive prize pools and few contestants. The only problem is that they are tough to acquire.

As you can see, there is no need to ask, “are slot tournaments rigged?” anymore. They represent one of the fairer competitions you can find at online casinos. Similarly, over the course of this article, you will have identified different aspects of slot tournaments which may appeal to you.

If you have never tried these competitions, we hope you now know how to play slot tournaments. We advise any new player to go through our tips and strategies keenly then proceed to try playing the games for free before they play the real money rounds. If you have been an unsuccessful slot tournament player, we hope our short guide will help change your fate.

Slot tournaments are fun and present a whole new way of winning big in a casino. As you try your luck in them keep in mind our four main strategies; spin continuously, always place the maximum bet, play with all play lines and only celebrate wins once the session is over. With that said, we wish you all the best! 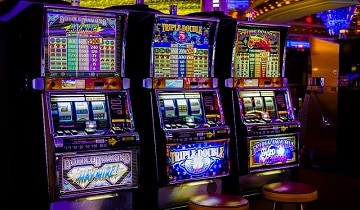 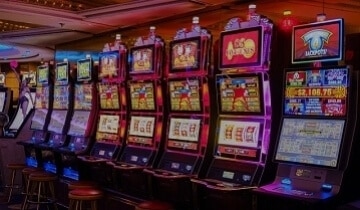 Let’s start by explaining what do lines mean on slot machines. This is actually a… 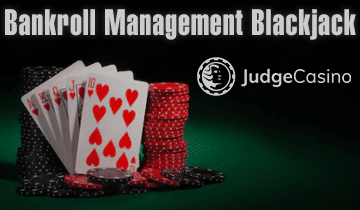 Discover how to optimize your wins. Prevent losing a fortune. Stick to a certified bankroll…