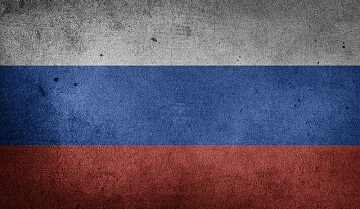 Playing at an online casino in Russia in 2020 is not as easy as you might think. By and large, online gambling is illegal in Russia, save for bingo and lottery games.

That may make you believe that it is not possible to bet online in the country, but that isn’t actually the case.

With our guide to online casino sites, Russian players can find ways around the problem.

Before we get into this, let’s look at the problem with casinos and why online betting for Russian players is an issue.

When playing at a casino online in Russia, you are going to have to play at an offshore site. Naturally, the best Russian online casino sites will be those which are licensed.

As Russia doesn’t license those sites, we have to look elsewhere to the jurisdictions mentioned earlier. These sites tend to be regulated, and players can rest assured that they are playing at safe and secure domains.

Many of the casinos you will find on our page fulfil the criteria required to be classified amongst the Best Russian online casino sites. Choosing one of those to get started with is certainly advised.

The top Russian online casino sites won’t just be safe. While playing at a casino in Russia when online, it is ideal to find a domain which offers a wealth of games, gameplay in Russian and with the rouble currency.

The best sites will come with promos and bonuses, as well as decent deposit methods for players. Some of the better ones will also be to offer gaming on the go.

It is not uncommon for mobile online casino sites in Russia to be just as action-packed as online domains, and come with just as many top games and deals.

A Recent History of Casinos in Russia

Online casino sites in Russia have had an up and down time since the millennium. In 2002, the FSA (Federal Sports Agency) was permitted to issue gambling licenses to land-based casinos.

Many took advantage of this, and it caused problems for the state. In 2006, the federal laws were changed which made gambling on slots and table games illegal in all of Russia, save for Kaliningrad, Krasnodar, Altay and Primorie.

Those laws came into effect in 2009. At the same time in 2006, online casino gambling in Russia was made illegal.

Despite online gambling being illegal in Russia, many people still play. The authorities do not prosecute their players for gambling online, and as a result, many Russian casino sites have sprung up.

Naturally, these are not based in Russia, but offshore. As a result of this, many of the best online casino sites Russian players can choose from are licensed out of regions such as Curacao, Gibraltar, Malta and the United Kingdom.

The Russian authorities do (at times) try to blacklist the URLs of such sites, but the methods they use are not terribly sophisticated.

Getting around these blocks with a decent VPN is possible. It is worth pointing out that online bingo and lottery games are legal.

Tax on Winnings at Russian Casinos

As there isn’t yet such a thing as a legal online casino for Russian players to play at, there are no direct laws which state that Russian players must pay tax on their winnings.

However, it is possible that any winnings you do acquire will be seen as income all the same, and, therefore, they would be susceptible to income tax.

Most players at top online casino sites in Russia tend not to disclose their winnings, as this would also incriminate them for playing at offshore sites, even though there is no punishment for that.

At the same time, there is a 13% tax applied to any prizes which are won with Russian lottery games, and bingo winnings are also taxable.

When playing at online casino sites in Russia, there are a few payment methods you may want to keep your eyes peeled for. Yandex is a particularly popular option for many players, although WebMoney, Qiwi and the usual array of VISA and MasterCard bank options are also accepted.

Russian banks frown on transactions used for gambling and some actively block them. Given that deposits made at online casinos for Russian players are made simpler using some of the options mentioned a moment ago.

At the same time, it is still very much possible for players at your average Russian casino to make online payments using the Russian rouble currency. Most online casinos which cater to Russians will even allow gameplay in roubles, even if they are based offshore.

The Future of Online Gambling in Russia

We have to be frank here. There is very little likely to change in the immediate future. The Russian Government has been known to consider draft laws which might try to legalise and regulate the gambling industry in the country, but so far, there has been no progress.

For now, Russian casino sites which are entirely legal are not a reality, and players will have to use offshore sites to play their favourite games.

There are still many reasons why players might want to play at a Russian casino, even if it is an offshore one. Some of these include:

Yes and no. Betting on Russia’s lotteries or playing bingo games is possible. There is also a private sportsbook which “may” be legal, but all other forms of online gambling in Russia are not. That doesn’t mean to say that you can’t play online, though.
There isn’t really an issue in this regard. Lotteries and bingo gaming are legal. Sports betting is still by and large forbidden, but there are sportsbooks out there which have been granted permission (albeit not licenses) to operate.
If you do decide to dabble in a spot of online gambling in Russia, you need to be 18 years of age.
In most cases, yes. Many top Russian casino sites offer welcome bonuses which may either be match deposit bonuses or no deposit bonuses. The value of these varies from site to site.
This all depends on how much you want to play online. As mentioned, there is no penalty or punishment for Russians playing at offshore casinos, so many take that as a clear sign that they can do so.
Most Russian casinos will feature an array of payment methods which should appeal to players in the country. Yandex is one option, but there are e-wallets and credit card options which work just as well. Bank transfers can be tricky, though.
Russia has legalised online lottery and bingo games, so sites offering these games are absolutely legal. There are one or two sportsbook sites you can check out, too, as the authorities are more open to these than casino gaming.
Yes. Not only that, most of the major casinos which accept players based in Russia will also allow players to wager in roubles and claim bonuses in the currency.
Because Russia has not legalised and regulated its own market, many Russian casinos operate from overseas. Strictly speaking, you aren’t entitled to play at them, but as mentioned, there is no punishment for doing so. Until Russia regulates its market, online gambling sites will continue to appear overseas and attract Russian players.

Pick Your Favorite Russian Online Casino And Get Started!

Russia may not be as open to online casino gaming as other countries in the world, but it certainly isn’t a harsh place to play online. Many Russians play quite happily at offshore casinos, and we’ve listed some of the best of those sites on our page.

If you are considering playing at one of the best Russian casino sites in 2020, you should start your search there.