GoGoCasino is one of Scandinavia’s most intriguing online casinos.

Since debuted in 2019, they have attracted attention for being a No-Account Casino, a No Bonus Casino, and home to many of the casino world’s hottest slots and live dealer games.

GoGoCasino prides itself on only offering the absolute best slots from thirty-plus software providers.

It is no surprise, then, to see that NetEnt’s new MegaWays games are springing up at the mobile casino by the truckload.

For over a year, NetEnt slot players wondered if the Scandinavian powerhouse was ever going to jump on-board the MegaWays bandwagon and unveil titles of their own. For a long time, it did not look likely. Now, they have. It seems only fitting a Scandinavian favourite, GoGoCasino should become the home of so many of Sweden’s most famous provider’s MegaWays games.

Developed in coordination (and under license) with NetEnt, Red Tiger Gaming’s Gonzo’s Quest: MegaWays was the very first one of these games to debut at GoGoCasino, and it did so last year, shortly after NetEnt acquired the company. However, the last few weeks have seen a flurry of further titles get the MegaWays makeover and debut at the casino.

NetEnt’s MegaWays are now coming thick and fast. Divine Fortune: MegaWays is one such release to spring up at the casino of late. You can also expect to see Twin Spin: MegaWays, and the Fruit Shop: MegaWays slot. At the same time, Piggy Riches: MegaWays represents one of the better-paying games you can choose from, and all are available to play today at GoGoCasino.

Play the best titles from leading developers on the go

GoGoCasino has an exceptional, stand-out business practice. It is a no-account, no bonus casino, which provides instant withdrawals. However, it also has a small gaming library, consisting solely of the biggest and best slots from over thirty developers. You will not find any of NetEnt’s sub-par games at the domain. Only the most popular games with the best RTP and payouts are presented.

These five MegaWays releases add a new dynamic to the site, as highly volatile games can now be played. That is unlikely to be all, though. Expect an array of further releases to debut over the rest of the first quarter, and we will be following those developments every step of the way.

Cloudbet is an online gambling operator that accepts bitcoin deposits and wagers, which helps it… 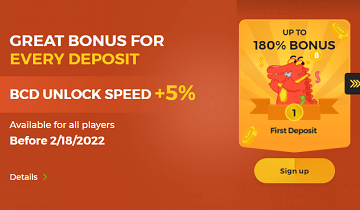 BC.Game Casino is a cryptocurrency specialist that provides players with a secure environment to deposit… 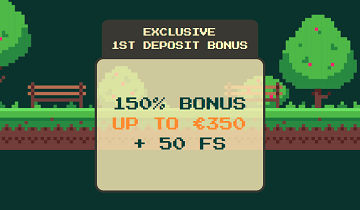 Embark on the Crypto Quest at Bitkingz Casin...

Bitkingz Casino is a crypto currency friendly gambling operator with a special vibe. Everything is…